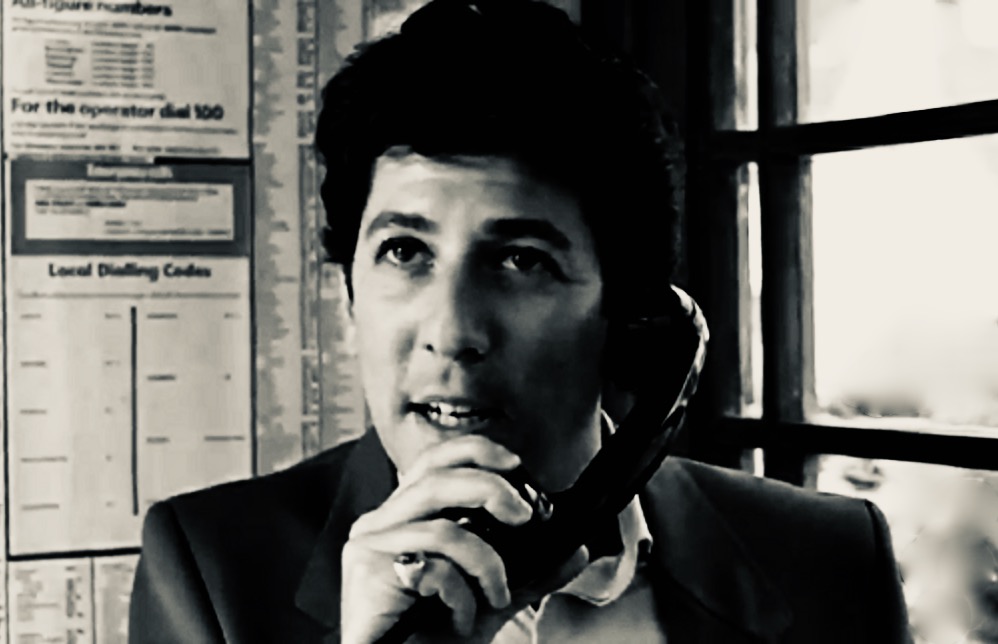 The Extremely Long Version,
with Pictures

Peter Riegert is an acclaimed actor, writer, and director, best known for his roles in Animal House, Local Hero, and Crossing Delancey. His full professional bio can be found here.

Vocal Heroes is his first podcast.

Peter Riegert grew up in a wonderful family who loved the arts. 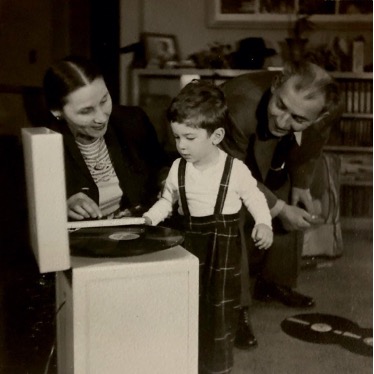 With his grandparents, Bertha and Max Atkin

He was born in the Bronx but grew up in Ardsley, New York. 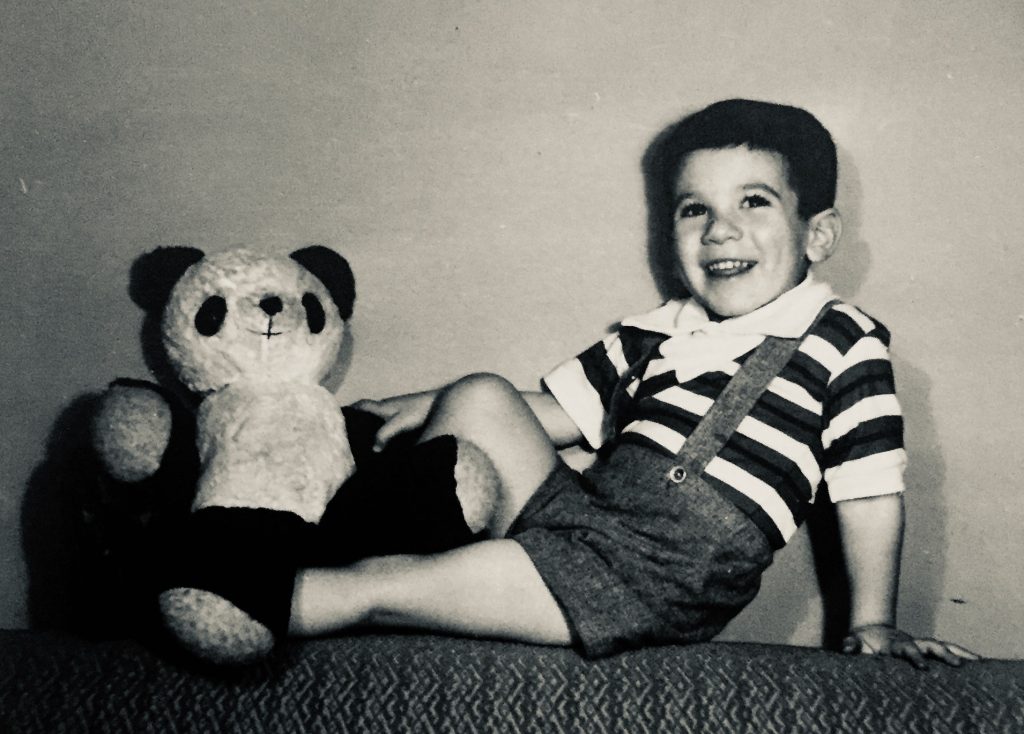 When he was in middle school and nervous about asking a girl out, his father Milton reassured him, 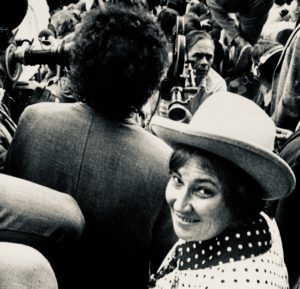 Peter graduated from the University of Buffalo, then worked for the University Settlement House on Manhattan’s Lower East Side, taught eighth grade in Brooklyn’s Ocean-Hill Brownsville during the 1968 fight for community school control, hitchhiked around Europe, and became Bella Abzug’s aide-de-camp when she ran for congress in 1970.

This could be Peter making way for Bella. I’d like to think so.

On January 1, 1971, he woke up and decided to be an actor.
He was 23 years old.
Two college pals offered advice: “You need head shots and a resumé.”
“What’s a head shot?” asked Peter.
“A photograph. Of your head.”
“What do I put on the resumé?”
“Acting credits,” they said. “Pretend you were Hamlet for the Peoria Players… Auntie Mame in East Millinocket… no one will read it.”

Peter got a head shot.

He typed up his resumé: contact info plus the only two plays he’d been in: one during high school, one during college.

The remainder of the page he left blank. 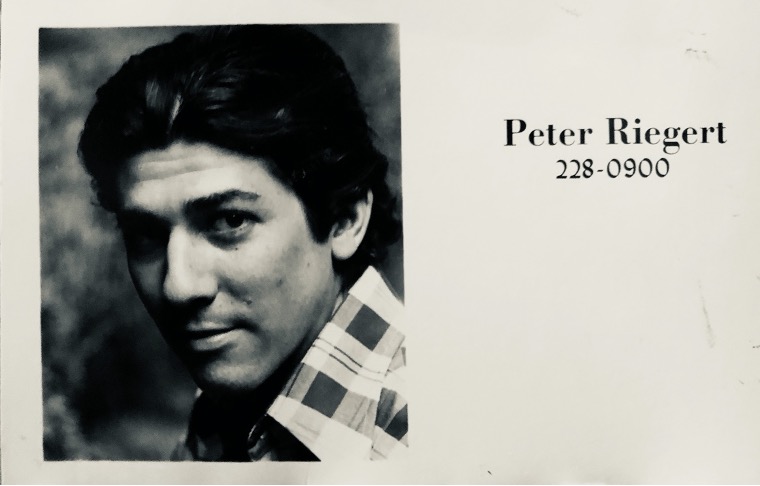 Six weeks later, a casting person—amused by this—decided he should be the LSD-bedizened Puck in John Wolfson’s A Midsummer Night’s Trip.

Peter went on to play a young woman’s consoling (and sturdily upholstered) armchair, Chico Marx, and many seriously off-Broadway roles.

After seeing him perform in one of these, a young actress named Deborah White asked whether he’d like to join an improvisation workshop. That workshop became War Babies.

For seven years, the troupe performed together once a week.

He got the part. 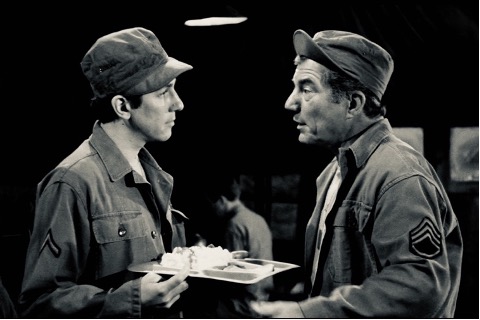 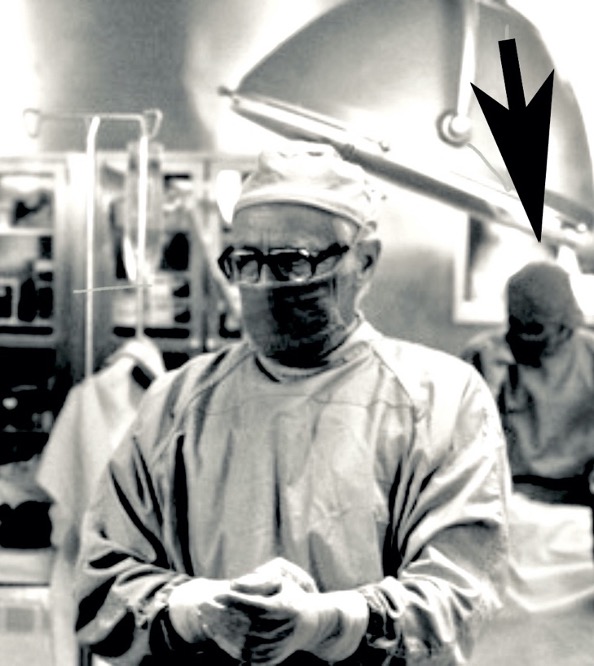 Eight months later, Peter and his girlfriend moved to L.A.
He got cast in a MASH episode.

And, not counting his brief appearance in Coma

“Peter,” said Eddie. “In Hollywood? The theater is where they show the movies. Do a good job… hope it’s a hit. Then I’ll have something to negotiate.”

Animal House was a hit. 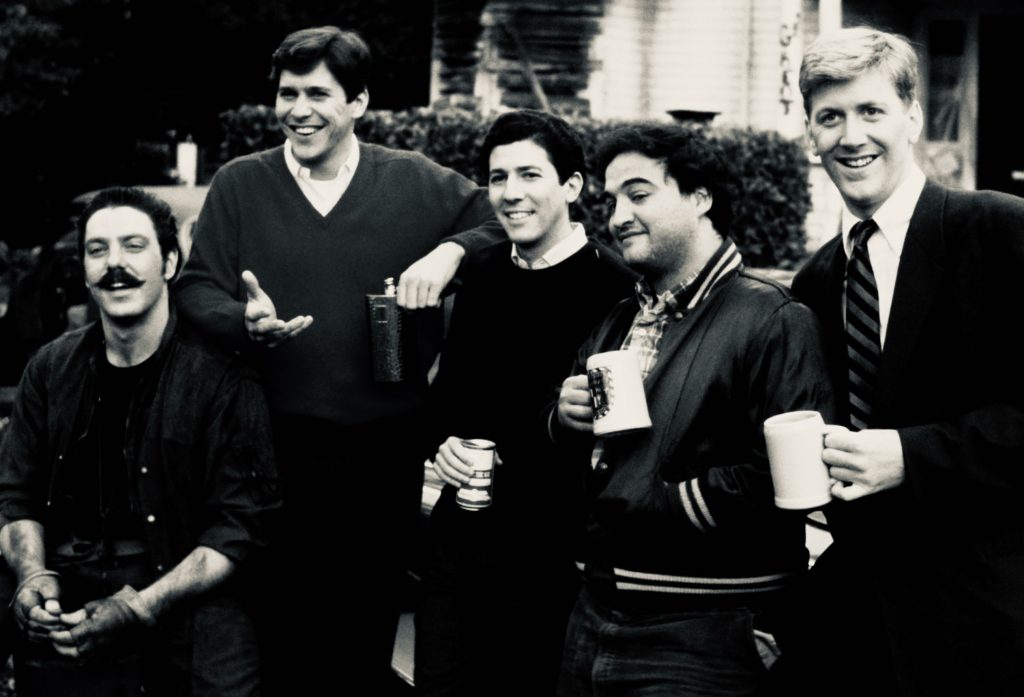 Peter did more movies. Local Hero is an especially good one. 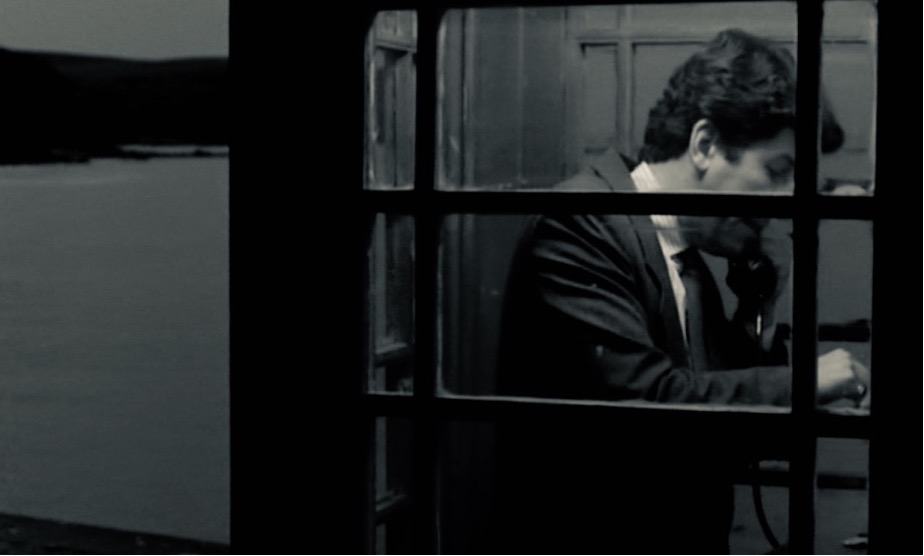 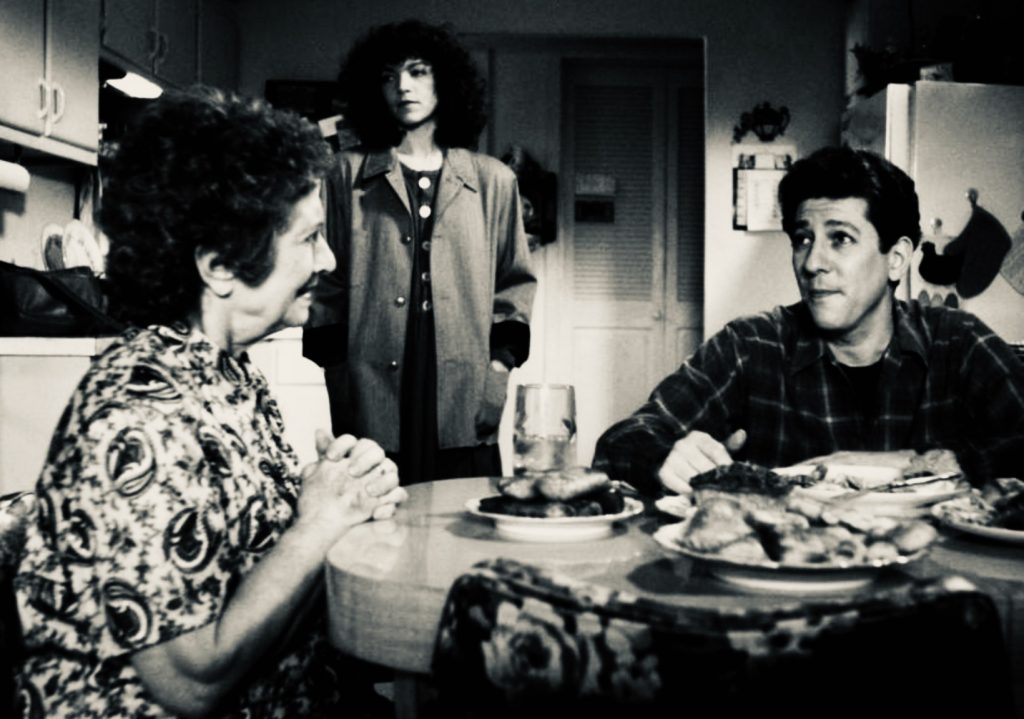 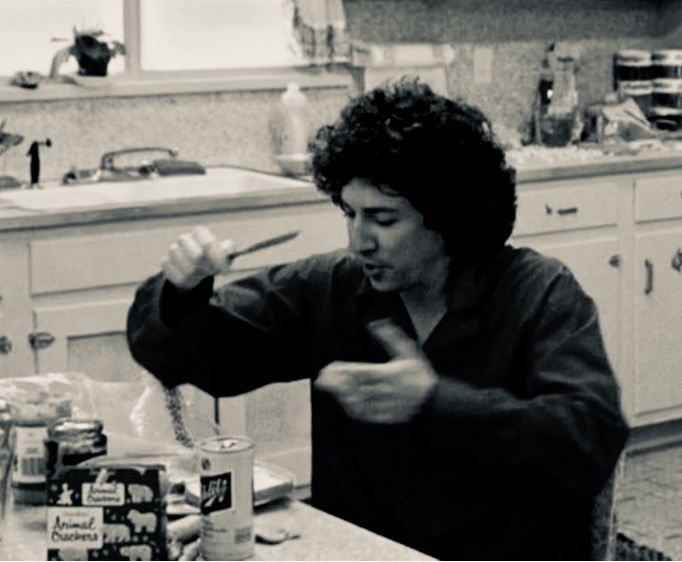 Crossing Delancey garnered him a tremendous amount of swooning.

In Chilly Scenes of Winter, Gloria Grahame surprised him with a steamily noir off-script kiss.

(He and John Heard sat in a car one day, waiting for a location shoot in chilly winter Utah.

Peter spotted some people on the sidewalk.

Peter: I think those are my fans.

John: Oh, well then why don’t you go say hello to your fans.

Peter: I think I will.

[gets out of car, approaches people on sidewalk]

People on sidewalk: We thought it was you. We’re your cousins!

[They were. Peter’s dad Milton grew up in Utah.]) 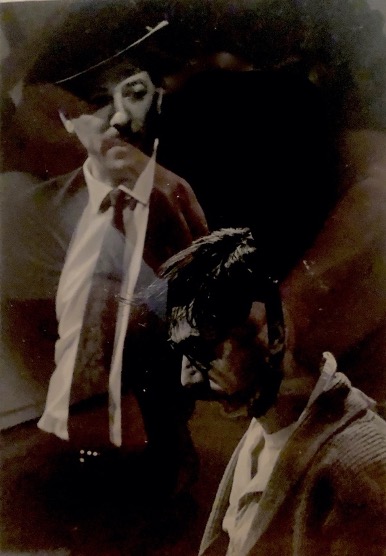 Back to the theater: Carey Perloff directed him in Harold Pinter’s The Birthday Party. Twice.

One “Nina,” for those playing at home…

He got drawn by Al Hirschfeld. 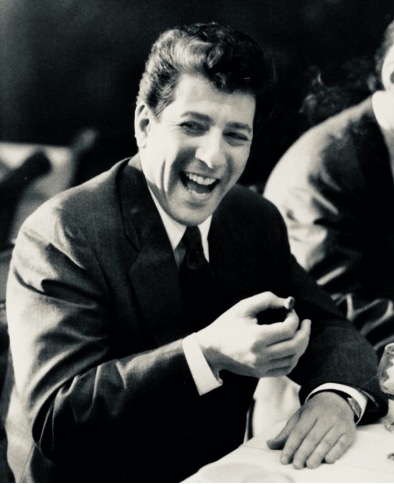 He’s since played Richard Nixon, a blackmailed judge, a yuppie shithead who gets blown up in a sailboat by Michael Caine, 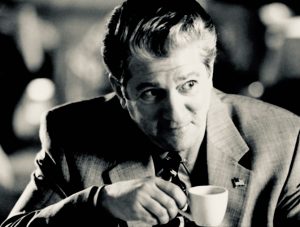 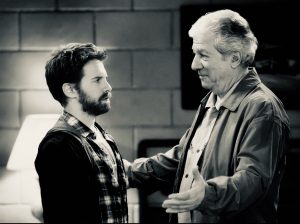 Seth Green, so not psyched 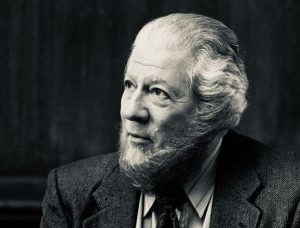 A beard for the ages

A Barbarian at the Gate, another really awful lawyer, a Bork-bearded urban planner in Yonkers, 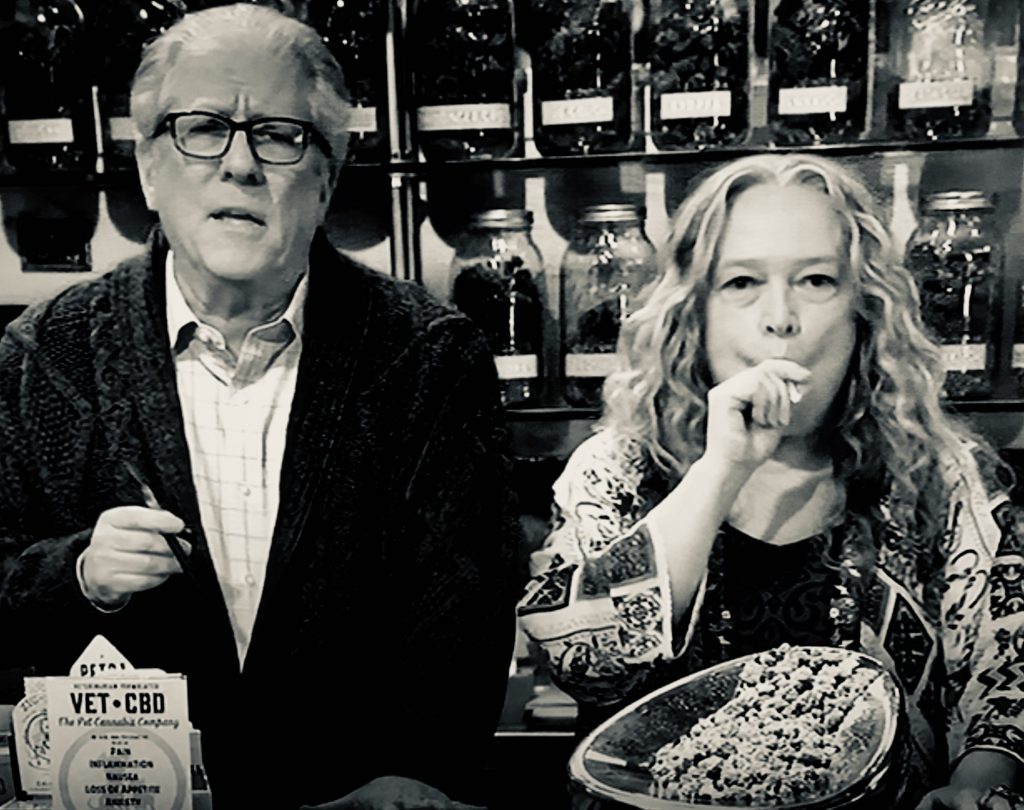 I mean, have you ever really looked at your hand?

Not to mention a hardcore stoner (and love interest.) 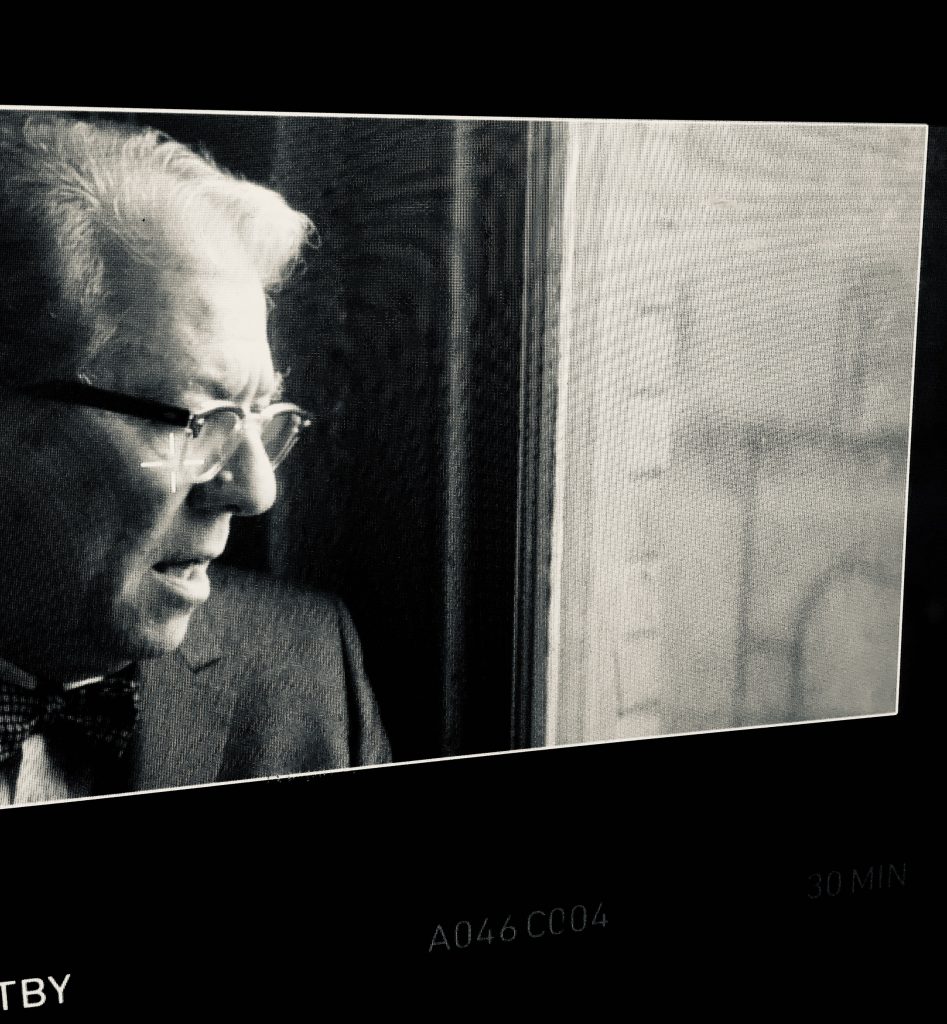 Tina Fey for the win.

and a health-food-store CEO (and love interest) 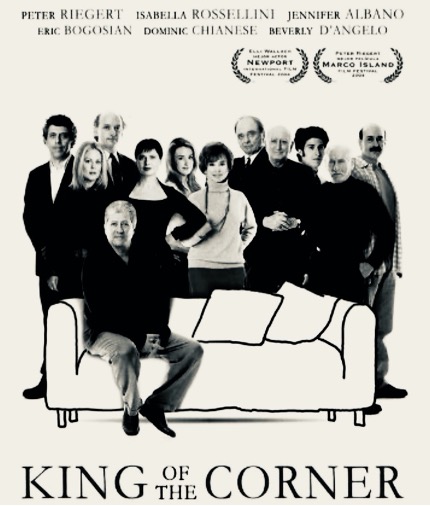 This is Side A of Peter Riegert’s Greatest Hits. His short film “By Courier” was nominated for an Oscar in 2001, after which he co-wrote, directed, and starred in the 2005 feature King of the Corner.

I was lucky enough to make Peter’s acquaintance by email in early 2006, which may be why this bio is so long.

My first novel was about to be published.

I got an email from my agent: “Peter Riegert wants to option your novel.”

So I Googled him.

Here is how Peter’s friend Mark Metcalf described him in an online article:

I’ve worked on a couple of different films with Peter and hung out with him in bars in New York and he always has a big, hardcover book under his arm.

He reads. He really reads.

If you start a conversation with him, you better be prepared to go all the way.

He will talk and he tells great stories. I am having trouble remembering them, because they are complicated and lengthy.

There is something old school about Peter. He is a hipster, a beatnik; or at least you can see him sitting in those bars having those conversations.

On the strength of those words, I figured Peter Riegert might not, in fact, be an asshole.

So is Vocal Heroes.