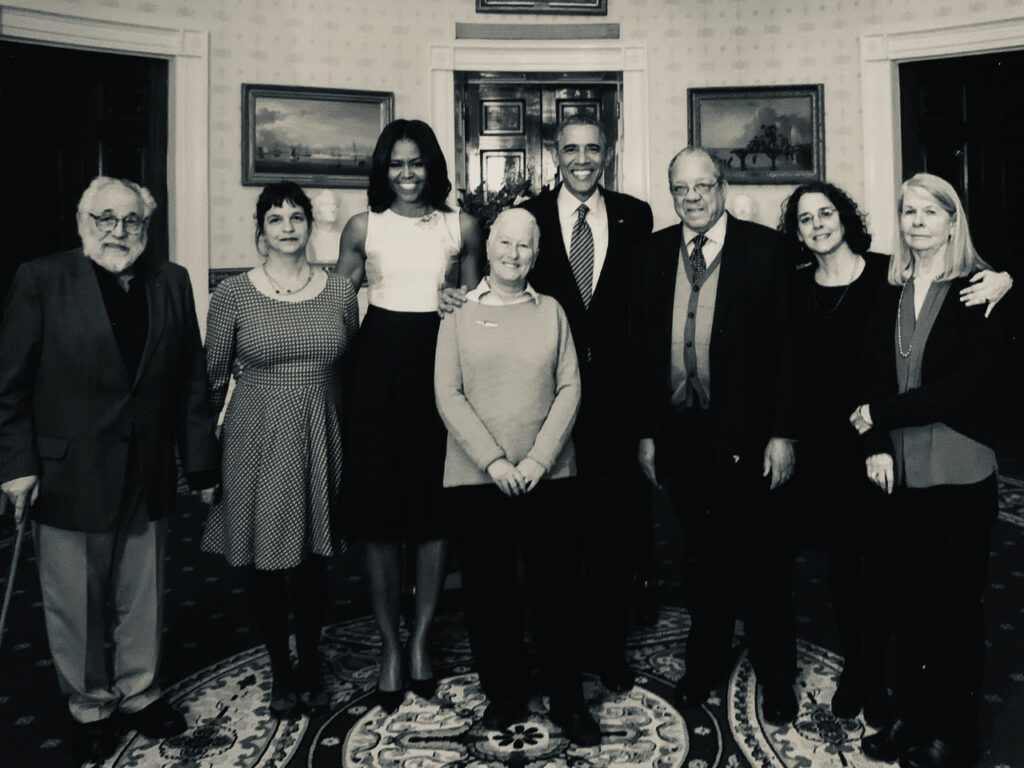 Peter came to this episode’s conversation through sheer synchronicity. It was 2008, and we’d traveled to a Barnes & Noble on New York’s Upper East side to hear our new friend Matthew Goodman give a talk about his latest book.

When we walked in, Matthew saw us and said, “I really want you guys to meet my wife, Cassie Schwerner.”

Peter looked at them both. “Goodman and Schwerner?”

Cassie nodded. “Mickey was my uncle.” 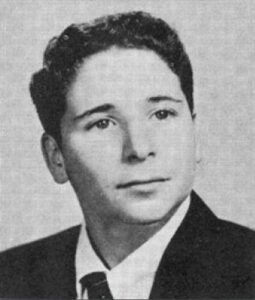 Some people might not immediately recognize the name Mickey Schwerner, and that’s a travesty.

In 1964, Michael “Mickey” Schwerner was an organizer for a massive civil rights project known as Freedom Summer. The project’s objective was bringing the entire nation’s attention to bear on the state of Mississippi, because, as NAACP National Director Roy Wilkins commented in 1963, “There is no state with a record that approaches that of Mississippi in inhumanity, murder, brutality and racial hatred.”

Organizers from the Congress for Racial Equality (CORE) and the Student Non-Violent Coordinating Committee (SNCC) wanted to achieve three aims during the Freedom Summer program: first and foremost, voter registration for Mississippi’s Black citizens. Second, the establishment of “Freedom Schools” which would teach the history of African-Americans openly and honestly. Third, the foundation of the Mississippi Freedom Democratic Party (MFDP, also known as the Freedom Democratic Party), which hoped to seat its own slate of delegates at the 1964 Democratic National Convention in Atlantic City, New Jersey.

To do this, they recruited roughly a thousand students from Northern colleges, 90 per cent of them white. The volunteer training program was rigorous: a two-week course held on the Western College for Women campus in Oxford, Ohio.

24-year-old Mickey and his wife Rita, then 21, were among the lead trainers. The two had done groundwork in Mississippi leading up to Freedom Summer’s launch, starting in early 1964. That work put a target on Mickey’s back, quite literally.

The Mississippi KKK burned down the Zion Methodist Church in rural Neshoba County, Mississippi, in which organizers had hoped to open a Freedom School. The Klan knew that this horrible act would draw Mickey back down to Mississippi from Ohio. 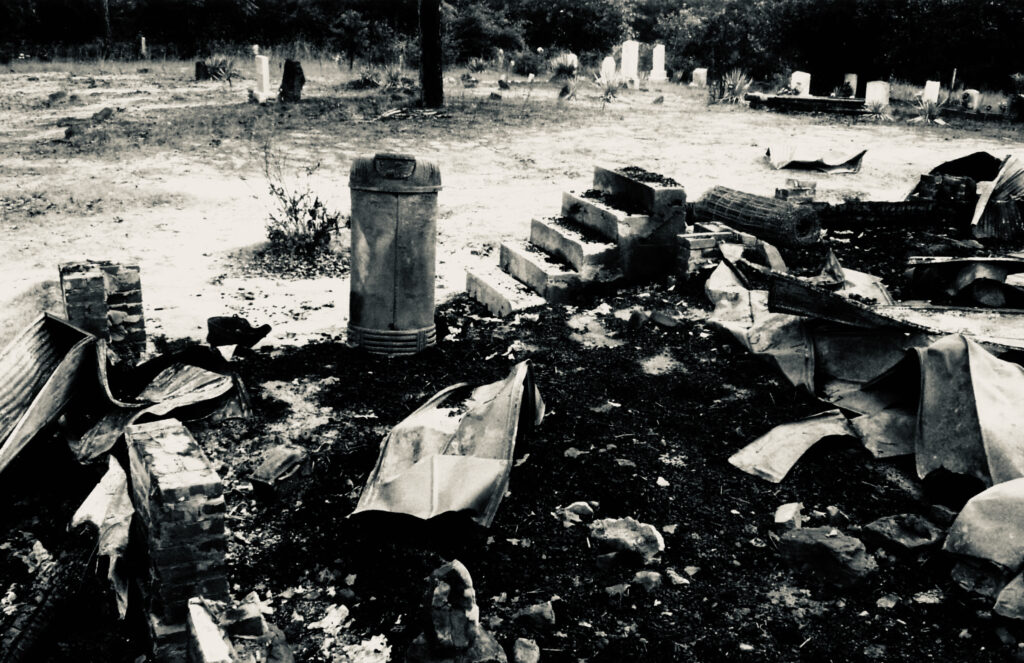 On June 21st, 1964, Mickey Schwerner, his colleague James Chaney, and volunteer Andrew Goodman did indeed travel to the ruins of that church. And as they drove back to Meridian, Mississippi, they were pulled over to the side of the country road by local law enforcement, and jailed. 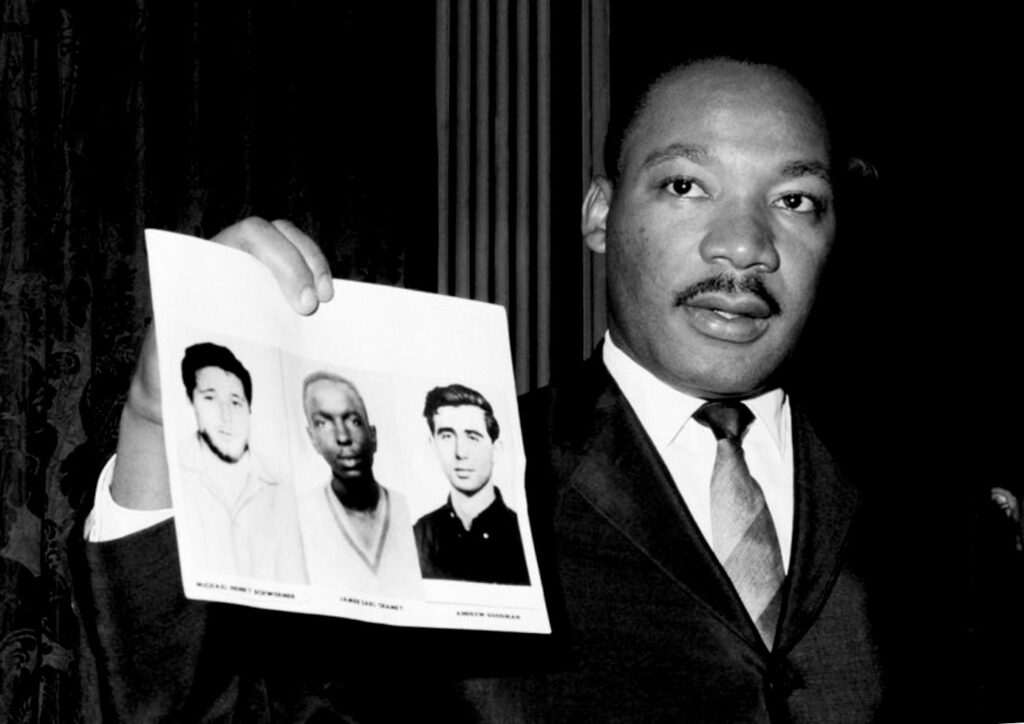 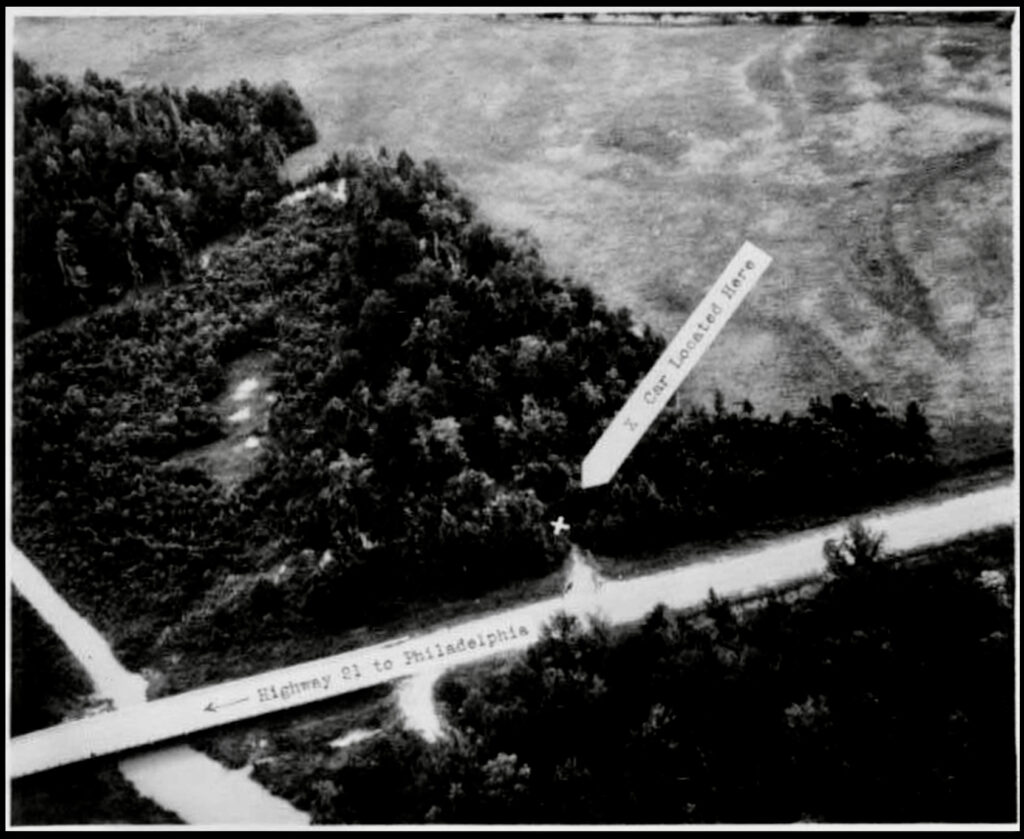 They were released from the jail that same night, but the three young men were never seen alive again. Their bodies were finally found that August, three months later. They’d been buried face down, in an earthen dam. 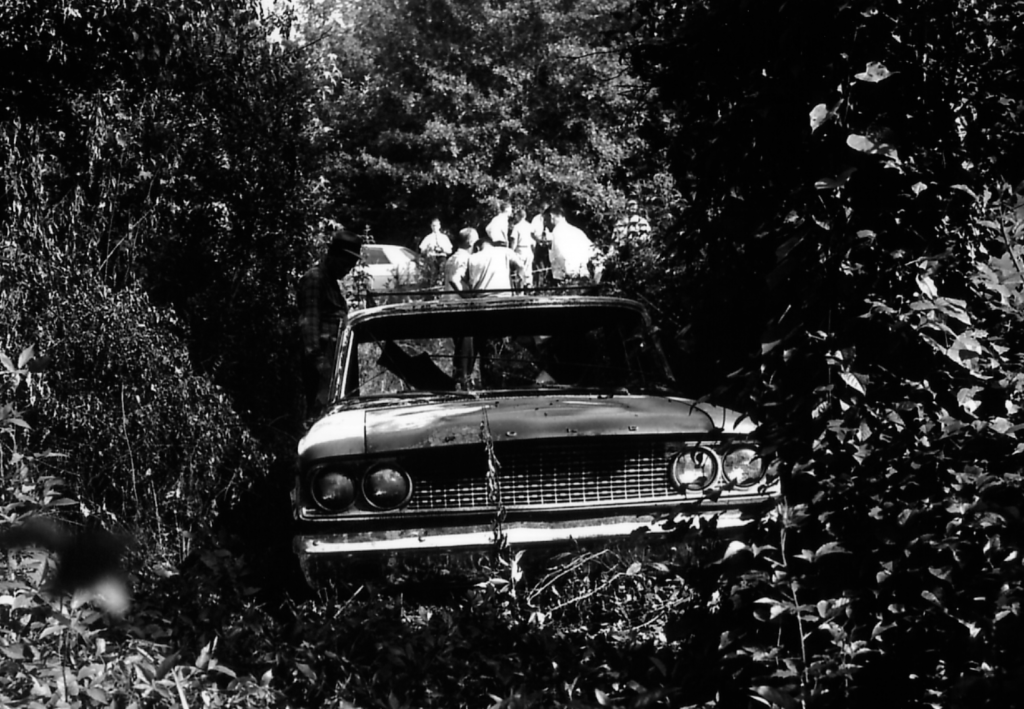 The station wagon from which the three activists were taken and murdered, found months after their disappearance.

Mickey’s death, in particular, had haunted Peter since he first learned of it. Though Mickey was born eight years earlier, they had quite a bit in common. Both born in the Bronx, their parents were first-generation Americans—progressives who cared deeply about social justice and worked hard to achieve it. They’d both grown up in Westchester County, New York, had both been on the Washington Mall to hear Martin Luther King’s 1963 “I Have a Dream” speech. 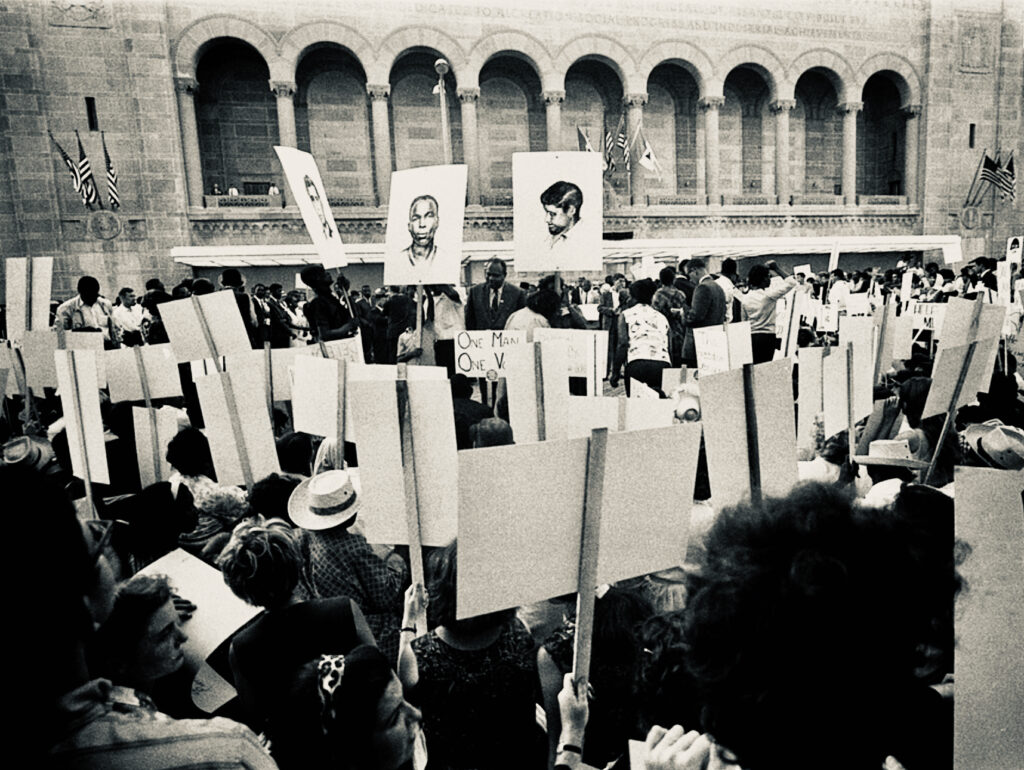 Protestors bear signs with the images of Goodman, Chaney, and Schwerner outside the 1964 Democratic National Convention, Atlantic City

And so, on that autumn night in a bookstore, so many years later, Peter heard the names Goodman and Schwerner in the same sentence once more. He hadn’t begun to think about doing a podcast, then.

Nine years later, when he interviewed Matthew Goodman about his fourth book, The City Game, for the second interview of this season, Peter asked whether Cassie might be willing to have a conversation about her uncle’s lasting impact and legacy.

Cassie and her father Steve met with him on February 29th, 2020. Because of the pandemic shutdown shortly thereafter, this would be the last time Peter could conduct an interview in person for this first season.

Given the global impact of 2020’s Black Lives Matter protests around the world–in light of the tragic murders of Breonna Taylor, George Floyd, and Ahmad Arbery–Peter asked Cassie to do a followup conversation via Zoom some months later. Their discussion will be the focus of next week’s episode, the final podcast of this, our first season.

Eyes on the Prize, Blackside productions. Originally aired on PBS from TK to TK.

The series can be viewed on Kanopy, accessed free with a public library card or university login:

It is also available for purchase on Amazon Prime:

Charles Payne, I’ve Got the Light of Freedom: The Organizing Tradition and the Mississippi Freedom Struggle (Berkeley: University of California Press, 1995.)

Bruce Watson, Freedom Summer: The Savage Season That Made Mississippi Burn and Made America a Democracy (New York: Penguin Group, 2010.)